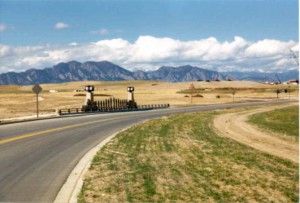 Broomfield is both a city and a county in the state of Colorado. Broomfield got its name to reflect the fields of “broom corn” grown in the area. In 1961, Broomfield was officially incorporated as a city. In 2001, Broomfield was added as a county and Broomfield County became the 64th county in the state of Colorado and the first be added in nearly 100 years.  Broomfield is a premiere place to live and it is located halfway between Boulder and Denver. Broomfield features first class shopping, nightlife, and beautiful scenery making the city of the of the best places to live and work. According to the Broomfield Chamber of Commerce, Broomfield County is home to over 55,890 residents, which has grown 46% from 2000 to 2010.

Broomfield County has its own police department, municipal code and judicial center. The courthouse is located at 17 DesCombes Drive, Broomfield, CO and court staff can be reached at 720-887-2100.

When contacted by the police in the city or county of Broomfield, it is essential to contact a Broomfield criminal defense lawyer who has experience dealing with the Broomfield municipal code and understands the way in which Broomfield County works. Mr. Louth has handled numerous cases for clients in Broomfield County and knows the judges, district attorneys and court personnel which helps him resolve a case. Mr. Louth began his career as a Deputy District Attorney and has exclusively practiced criminal law in his twenty plus year career.

Broomfield County Criminal Defense Attorney Steven Louth practices all areas of criminal law and practices nothing but criminal law. Some of the most frequent cases he handles include:

If you are facing criminal charges anywhere in Broomfield County, contact Broomfield criminal defense lawyer Steven Louth for a free consultation. Many clients report feeling less stress, frustration and uncertainty facing their criminal charges with Mr. Louth as their attorney. Call 303.442.2297 or fill out the contact form at the bottom of this page to set up a free consultation today, and get the legal representation you need.