Charges of Driving Under the Influence (DUI), and Driving While Ability Impaired (DWAI) can become very complicated, with an administrative hearing with the Motor Vehicle Division to determine the status of driving privileges and a criminal trial which could result in jail time and heavy fines. Defending against DUI charges requires understanding every aspect of the applicable laws, as well as how police handle investigations. What can make the issue even more complicated is when the DUI involves drugs or alcohol. The law regarding “drinking and driving” does not actually use the word “drinking.” The law essentially states that it is against the law to operate a motor vehicle while your ability to do so is impaired by drugs or alcohol. The tendency is to think of alcohol first, but driving under the influence of marijuana or other drugs is prohibited by the same DUI law as driving under the influence of alcohol. If you have been charged with Driving Under the Influence of marijuana, contact an experienced, aggressive Boulder DUI marijuana attorney immediately to protect your rights.

Since the state of Colorado passed a law allowing the use of medical marijuana, it is important to understand how this can affect DUI. The DUI law does not create a situation where medical marijuana users can never drive a car again, just as it does not create a situation where users of other prescription medications, such as pain killers or sleep aids, can never drive a car again. However, users of medical marijuana do need to be aware that they may be subject to DUI if they are driving at a time when their cognitive ability or physical ability is impaired.

Boulder criminal defense attorney Steven Louth has helped countless Coloradans who have been charged with criminal offenses including DUI and DWAI in Boulder and all over the state. With a thorough understanding of the DUI laws, and how the police investigate, Steven can determine whether the arresting officer had probable cause to pull you over and begin a DUI investigation; if evidence was obtained illegally he will fight to have that evidence suppressed. Steven represents people who have been charged with DUI at MVD hearings, in order to protect your driving privileges. 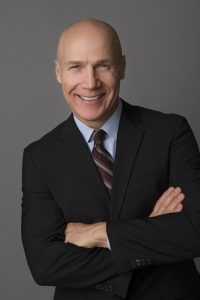 If you have been charged with DUI or DWAI marijuana, speak with an aggressive, experienced Boulder criminal defense attorney immediately. Understanding your rights, and the process that you will go through is vital to getting the best possible outcome. Boulder DUI marijuana lawyer Steven Louth will explain each step of the process so that you can make informed decisions, and have a thorough understanding of what you are facing. Steven will stand with you as you face both your administrative and criminal hearings. For more information and a FREE CASE EVALUATION, contact Steven today at (303)442-2297.