A Colorado man is set to face first-degree murder charges after a body was found at a burglary scene in Longmont on Thursday, July 18th. According to a police statement, police officers in Longmont responded to a call for suspicious activity at the 2200 block of Jewel Street. When they arrived at the house, the woman said that her 80-year-old husband was missing. Police searched the house and found the man’s body. Here’s the story of a Colorado suspect facing first-degree murder after Longmont Burglary.

Officers tracked the couple’s pickup truck, which had been stolen. They tracked the pickup to a storage facility in the east-central part of Longmont. Their investigation led them to a man they later identified as 29-year-old Isaiah Ismael Rios. He was immediately arrested.

Rios appeared in Boulder District Court after prosecutors filed a motion to file charges directly to the district court. Because of the charges, he was not entitled to bond and remained at the Boulder County jail. If he is charged with first-degree murder, a hearing will be set to determine if enough evidence exists to continue the case against him.

Murder charges are some of the most severe criminal charges you can face. In general, there are two different degrees of murder charges in Colorado and both come with extensive prison time and lifelong consequences, including:

If you’ve been arrested and charged with murder, you should understand how serious these charges can be. You could face significant time in prison for your crime. As such, you will need an aggressive lawyer on your side from the very start to build a solid defense against the charges. Your attorney may be able to argue that you acted in self-defense or that the killing was accidental.

There are other defenses your attorney could use to have the charges against you reduced to or even dropped altogether. Some of those include: 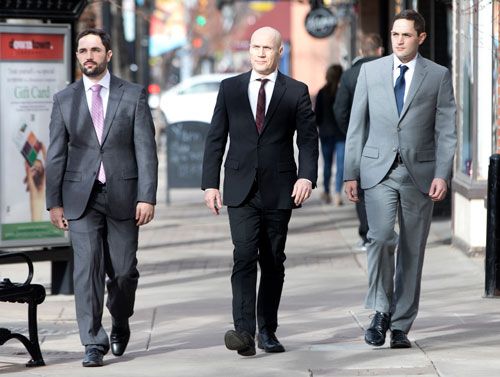 If you’ve been charged with murder, you need an experienced and skilled law firm on your side from the start. Your attorney will need to fight aggressively for you throughout the legal process. Remember, everyone is innocent until proven guilty, but without an attorney on your side, you could face consequences for a crime you didn’t commit. Contact the Boulder criminal defense lawyers at Steven Louth Law Offices today for a free consultation and review of your case. Call us at (303) 422-2297 to start building a solid defense against these serious criminal charges.