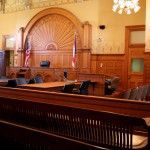 CBS Denver is reporting that approximately 1700 blood alcohol samples from drunk-driving tests need to be retested, because errors were found in some of them. One particular employee of the Colorado Department of Health apparently misreported the alcohol content of several samples; the employee has been fired and many of the samples that he tested will be retested. While it is impossible to know whether the mistakes that have been discovered were made by accident or on purpose, it could call into question the reliability of the blood alcohol testing done by the state.

Have you been charged with DUI? Speak with an experienced Boulder DUI attorney immediately to protect your rights.

DUI is one of the most common criminal charges issued in Colorado, and the consequences for conviction can be severe, and long-lasting. The investigation methods for DUI charges in Colorado have been called into question by numerous people and organizations. While most people would agree that drunk-driving is a problem, and a mistake for anyone, the techniques that are currently used to investigate charges allow for mistakes. Those mistakes can result in big problems for people who are not, in fact, guilty of drunk-driving. The idea that there could be doubt cast on the reliability of the blood testing done by the state for DUI investigations creates even more room for doubt of the guilt of any given person charged with DUI.

If you are facing DUI charges, speak with an experienced Boulder DUI attorney immediately. Steven Louth is a Boulder criminal defense attorney who has helped countless people as they face DUI charges. Conviction for DUI can result in a revoked driver's license, huge fines and even jail time. In some cases, a DUI conviction may even cause you to lose your job. Steve can work to allow you to keep your driver's license in addition to fighting the criminal charges. For more information and a FREE CONSULTATION contact the Steven Louth Law Offices at (303)442-2297 today.

Return to Our Homepage