Past Marijuana Convictions in Boulder County May Be Dismissed 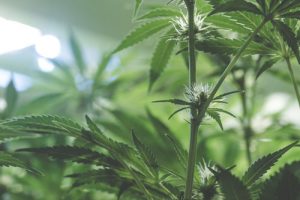 Prosecutors are getting ready to dismiss thousands of past marijuana convictions in Boulder County. After all, it was six years ago that Colorado voters legalized marijuana use for recreational purposes. Now, the “Moving on from Marijuana” program has pinpointed nearly 4,000 possession convictions spanning the last 10 years that are no longer considered crimes under the current law.

Last year, a law was passed that would allow those convicted of misdemeanor use or possession of marijuana to seal those criminal records, giving a clean slate to many in the state. Boulder has set up a clinic in January for those charged with drug crimes to attend. Here prosecutors will examine their cases and tell them if they would be considered eligible for having their record sealed. Prosecutors will give priority to those whose convictions have impacted their lives the most. For some, marijuana possession charges cost them their professional licenses, or prevented them from education opportunities.

How to Qualify for Having Your Marijuana Conviction Dismissed?

Boulder County residents who wish to have their marijuana conviction dismissed, must meet certain criteria. For now, they are only reviewing cases as old as 2008, however, there are plans to review older convictions in the future. Individual cases that involve possession of less than 2 ounces of marijuana or 1 ounce and a drug paraphernalia charge will be considered for dismissal, however, drug distribution cases will not be considered.

Many residents believe that any amount of marijuana is legal now in Colorado. Unfortunately – this is far from the case. There are possession limits and purchasing limits as well. 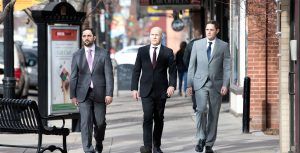 If you or someone you love has been arrested and charged with a drug crime in Boulder, Denver, or anywhere in the state of Colorado, we can help. Drug crimes can be prosecuted aggressively here in Colorado, despite legalized recreational marijuana laws. As such, it is best to fight these charges aggressively to avoid having a criminal record. Contact the Boulder criminal defense lawyers at Steven Louth Law Offices today for a free consultation and review of your case. Call us at (303) 422-2297 to start building a solid defense against these serious criminal charges.

<- Previous post: Police Investigating After Women Report Being Drugged at Parties
Next post: Do Warmer Winters Cause More Violent Crime? ->