Preparing to plea bargain a case in Colorado 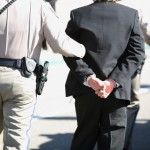 In any criminal case, plea bargaining is complicated and critical both at the same time in Colorado.

Here are some steps for preparing to plea bargain a case:

The attorney should also investigate the case themselves in which interviewing of individuals involved in the case is included.

2. The role of an attorney in preparing an offender

The attorney should prepare an offender by telling them the following things:

3. Time set by the prosecutor

In some cases, prosecutors give limited time to the offender to accept a plea offer. This is done not only to force the defendant to accept the plea but to avoid spending more time and resources in the case. If the time-limited offer is rejected by the offender, the prosecutor may refuse to make any subsequent offers or only make less beneficial offers.

As time passes, the prosecutor may lose interest in the case and also the passion for the case, so delay is a great and the most common technique used. Defense attorneys usually delay the case by filing pretrial motions like motions to dismiss, suppress, for discovery or for trial continuances.

Threats by the prosecutor

Sometimes prosecutors threat the offender to bring additional charges against him/her if he/she refuses to accept a particular plea offer. Other than that, sometimes a prosecutor may threaten to prosecute the offender as a habitual offender for forcing him/her to accept the plea offer. A defense lawyer should ignore it.

Overburdening by the prosecutor

Some prosecutors may overburden an offender in a struggle to secure advantageous plea. Overburdening is not unlawful or unethical if there is probable cause for each offense charged.

Prior to entering into plea discussions, a defense attorney should ask his/her client to take a polygraph to show that the offender didn’t commit the crime or that his/her involvement in it was less than what is supposed in the charge.

Mr. Louth has over 25 years of legal experience, including serving as the Deputy District Attorney for Boulder County for 8 years. Experience does matter! Put our Boulder law firm’s criminal defense resources on your side. We may be able to reduce the charges that have been brought against you or in some cases have them dismissed entirely. We understand that people make mistakes. Let attorney Steven Louth and his team work to minimize the damage. Call Us Today For A Free Case Consultation: 303.442.2297

Koehler Defense will help you make the tough decisions about your defense, and we will never suggest that you plead guilty unless we believe it is in your best interest – we will always be ready to take your case as far as you want us to.