How Legal is Marijuana? FAQ’s Answered. 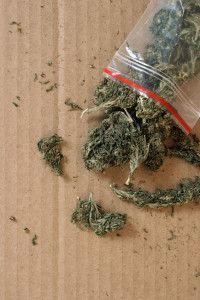 The legalization of marijuana in Colorado has been in the news multiple times. There was an overwhelming support from citizens in the state that allowed the amendment to pass, but what do you really know about the amendment. 9News compiled a list of frequently asked questions about the passing of the amendment and answered. Remember that while Colorado makes this transition into legalizing pot you know your rights. if you have been charged with a possession of marijuana charge while Colorado goes through this transition contact a Denver criminal defense lawyer today to protect yourself from a criminal charge.

Here are some of the frequently asked questions and answers about marijuana legalization 9news found:

How legal is marijuana now?

The federal government has not legalized marijuana. The state’s are waiting for clear guidelines about voter-approved recreational use of marijuana.

People in Colorado who are 21 years old or older can posses an ounce or less of marijuana legally. This is allowed for private use only, the sale and purchase of marijuana remains prohibited. Twenty-one year old citizens and older are also allowed to grow up to six marijuana plants, but only 3 can be flowering. Medical marijuana dispensaries are not allowed to sell to the general public and it will remain illegal to sell to the general public until business licenses are distributed.

What are the driving under the influence of marijuana laws?

Driving under the influence of any substance is an will remain illegal. Colorado has not established a specific threshold that indicates impairment. However, if a cop suspects you are under the influence you can still get a DUID which is treated just like a DUI.

Are schools getting funded right now?

There first needs to be approval from the Colorado General Assembly for an ‘excise tax’. This will be on a ballot question on November 2013 ballot. The guidelines of 64 indicate that the taxes received from the sale of marijuana will go to public schools, but this will be in effect prior to January 2017.

There are many more questions and in-depth answers in the article. However, it is important to remember that Colorado’s law treats marijuana like alcohol, no public use, and no driving under the influence.


Some information from the Center of Disease Control indicate that over 69 million American’s have admitted to smoking marijuana at least once in their life. Health reports have shown that smoking weed is just as dangerous and carries just as many lung cancer causing agents as cigarettes. A person who smokes 5 joints a week can be consuming as many lung cancer agents as a smoker who smokes a pack of cigarettes a day. On average a marijuana joint can have 50% more cancer causing agents as a tobacco cigarette. Marijuana causes increased process of deterioration of mental abilities, as well as affects reproductive nature and increases risk of lung cancer and oral cancer. 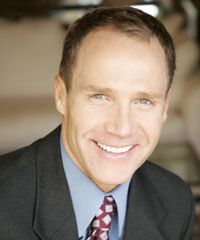 If you have been accused of a crime and are facing criminal charges contact a Denver criminal defense attorney like Steven Louth. Steven Louth is an experienced criminal defense lawyer who has worked with countless individuals who need their rights protected. It is important that when you are facing a drug charge that you don’t stand undefended. Hiring an attorney today can help you as your case goes through the judicial system. Don’t let your rights go unprotected. Every criminal charge is a serious charge and should be taken seriously. There are many court proceedings that you will have to appear at. Having proper legal representation at these proceedings is important. Contact Steven Louth today to discuss your case and your options at (303) 442-2297.