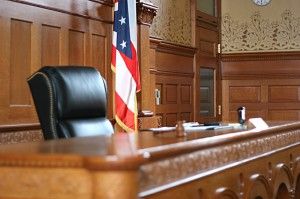 According to the Denver Post, a man who recently lost his job as a distribution manager for Boulder-based Celestial Seasonings, has been arrested on suspicion of theft and forgery. According to the Jeffrey Wagner’s supervisors at the tea company, he was fired for reasons of job performance with no suspicion of wrong-doing; shortly after his replacement began working at Celestial Seasonings, he discovered a vendor that didn’t exist. Wagner had set up a fake vendor in 2007, and had been getting invoices paid to that vendor. The company now believes that roughly $1.8 million ended up in Wagner’s bank accounts as a result of embezzlement.

If you have been charged with a crime, or if you are under investigation for economic crimes, contact an experienced Boulder criminal defense attorney immediately to protect your rights.

Each year, over ten thousand people are arrested for embezzlement in the United States, with well over 100,000 arrested for forgery and several hundred thousand for fraud according to the US Department of Justice. These crimes are often charged as federal crimes, which require a different set of skills to defend. A federal criminal defense lawyer will understand the different processes and procedures in federal court, and have the resources required to defend crimes which are typically prosecuted very aggressively. Boulder criminal defense attorney Steven Louth has experience defending clients against federal charges, and protecting the rights of people accused of federal crimes.

The nature of financial crimes such as embezzlement makes both prosecution and defense very complicated, involving complex accounting to trace the nature of financial transactions that were intended to be hidden. In many cases, defending against these charges requires demonstrating that the evidence available does not prove the guilt of the person charged with the crime. A Boulder criminal defense lawyer will need the resources to conduct their own investigation, either to demonstrate that the guilt of the accused is not provable, or to present an alternate theory of the crime. Because these cases are difficult to work, it is important to have an attorney who has experience dealing with economic crime defense.

If you have been arrested for embezzlement, or any other economic crime, speak with an aggressive, experienced Boulder criminal defense attorney right away. Even if you haven’t been arrested, if you believe that you are under investigation for economic crime, contact the Steven Louth Law Offices to discuss your options. With experience as a Boulder County prosecutor, Steven can protect your rights during the investigation. He may be able to have the charges dismissed, or even prevent you from being arrested at all. He possesses a thorough understanding of how to design a defense based on the details of your particular case, as well as the resources to conduct an independent investigation on your behalf. For more information and a FREE CASE EVALUATION, contact Steven Louth Law Offices today at (303)422-2297.

<- Previous post: How Legal is Marijuana? FAQ’s Answered.
Next post: Man Assulted and Robbed on Bike Path by Broker Inn ->