Man Assulted and Robbed on Bike Path by Broker Inn 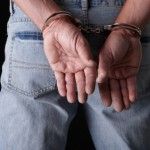 Boulder police arrested two men after a man said he was assaulted and robbed on the bike path behind the Broker Inn. According to The Denver Post, the police reports indicate that the victim told police that one of the men punched him in the face and then hit him several more times while he was on the ground until he gave them his wallet. Police arrested two men matching Anthony Tyjuan Celestine and William Edwards Wilson, both 20, in a room at the Broker Inn matching the description given by the victim, they were later found with a large amount of cash on them. After being positively identified by the victim Anthony Celestine told officers he and Wilson were smoking near the path when the victim used a racial slur toward them and Celestine punched him, according to the report. Celestine said they did not take the wallet. Both men were arrested on suspicion of robbery and second-degree assault in the Broker Inn case. Both remain in custody at the Boulder County Jail and are scheduled to be formally charged Thursday. If you are being charged for criminal activity contact a Boulder defense attorney that will help you defend your rights.

Have you made a terrible mistake? Contact Steven Louth a Boulder defense attorney who will aggressively defend your rights as you go through the judicial system.

The Bureau of Justice Statistics reported that in 2010, about 1.8 million nonfatal violent crimes were committed by strangers. Violent crimes that were committed by strangers accounted for about 38% of all nonfatal violence in 2010. The majority of nonfatal crimes were simple assault (60%), followed by aggravated assault (20%), and rape or sexual assault (2%). The statistics that the Bureau of Justice provide indicate that most assaults are committed by strangers. When you are walking alone you are more vulnerable to someone who wants to take advantage of you. It is urgent that when walking at night you protect yourself. The best advice is to walk with friends, or find a ride. However, if neither of those are an option, walk in well lit areas and near open businesses close by.

If you are facing criminal charges after a bad decision contact Steven Louth a Boulder defense attorney today. Not only can he ensure that your rights will be protected through the length of your case, but he can help get you a lesser sentence. When facing criminal charges it is important to take these charges very seriously. Even a misdemeanor can have lasting effects on any application that you fill out. For example if you are a CU student in Boulder and committed a crime it can affect your standings in your academic career. Contacting a Denver defense attorney who will aggressively seek ways to protect your rights. Another option is if you have a record hiring a criminal defense attorney can get your record sealed. This would allow you to omit on many types of applications your criminal background.