We all see those high speed car chases on TV. Ever notice that the suspect is always a great driver? In real life the suspect hardly gets away. According to The Gazette, one man was outrunning a bondsman and was caught. The man nearly got in a head on collision with another car while trying to evade the pursuing car. This instead caused him roll his vehicle. Michael Joseph Plassmeyer was charged with several outstanding warrants, including on sexual assault, felony menacing, vehicular eluding and assault “to name a few,” according to a police report. An officer reported seeing a white station wagon run a couple red lights at the Garden of the Gods Road and I-25. The officer attempted to pursue the station wagon when the car fled onto I-25. Plassmeyer was headed south on the northbound lanes of I-25. The suspect nearly hit an oncoming car near the Filmore exit and this is when he rolled his vehicle and police had to chase him down on foot. Plassmeyer was arrested and was booked into the Criminal Justice Center for charges.

Have you made a terrible mistake? Contact a lawyer who works in criminal defense today to defend your rights. If you have been charged with a crime it is important to seek out a Denver criminal defense attorney.

Car accidents are a very common occurrence. It is something most drivers pass at least once a month. It is also just as common to be involved in a car accident. The National Highway Traffic Safety Administration reports that there are over 5 million passenger vehicle accidents a year. Of those 1 million accidents over 20,000 result in fatalities. Rollover accidents occur more frequently with large trucks or light trucks than any other vehicle type. However, it is important to understand a rollover accident can happen to anyone for a number of reasons. A roll-over accident is deemed a rollover if the vehicle performs any of the following: a complete rollover, rolling onto its side, roof, far side and finally ending up on its wheels again, or even going on to roll further. There are a few types of rollovers. A tripping rollover is when a vehicle is sliding sideways, and the tires strike a curb, dig into soft ground, suddenly causing a sudden lateral force that causes the car to tilt on its side. Depending on your speed a car can roll completely over or just land on its side. Speed is a big reason for most rollover instances. It is never a good idea to try and flee from a officer. More often than not they will catch you and you will be facing more charges. 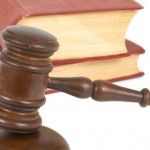 If you are caught doing an illegal crime it is important to remember that you have rights that should be protected. Everyone deserves fair treatment and should have their rights protected as they go through the judicial system. Steven Louth is a Denver attorney who specializes in criminal defense. He has help countless individuals through their criminal case. His experience has given him a great understanding of criminal law in Colorado and he is willing to use his training to help you receive the best possible outcome for your charges. If you are facing criminal charges it is important that you take these charges seriously. These charges if ignored can just get worse. Call Steven Louth today for a Free Case Consultation (303) 442-2297. He can defend your rights and make sure you get the fair treatment you deserve in court proceedings.