A district judge has ruled that the details of a previous arrest will not be allowed in the murder trial of Michael Clark, according to the Boulder Daily Camera. Prosecutors wish to use Clark's guilty plea in a case involving motorcycle theft as character evidence, but the judge has determined that the details of the arrest report are prejudiced against Clark, and so will be inadmissible in the trial. Clark has also pleaded guilty to forgery and check theft in a case that is related to the murder, but insists that he was not involved in the homicide. The motorcycle theft case is unrelated.

Have you been charged with a crime? Contact a dedicated Boulder criminal defense lawyer immediately to protect your rights.

The City of Boulder reports that 2,840 Part I crimes were reported in 2011. Part I crimes comprise nine serious crimes, including murder, rape, robbery, and aggravated assault. The same year, there were only 465 adults and 67 juveniles arrested for Part I crimes. This disparity in numbers suggests that many of these serious crimes go unsolved. Unfortunately, everyone makes mistakes, even the police. Not everyone who is arrested is guilty, and sometimes police and prosecutors employ an “ends justify the means” approach to criminal justice. This is why protecting your rights is so important if you are facing criminal charges. In many cases, this can include complicated issues like having previous criminal charges excluded from trial if they are irrelevant to the case at hand, because some jurors may assume that if you pleaded guilty to that, then you must be guilty of this. 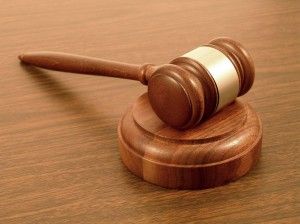 If you are facing criminal charges, whether you have been arrested or are under investigation, contact the aggressive Boulder criminal defense law firm of Steven Louth immediately. When it comes to protecting your rights, the sooner you begin, the better. As a former prosecutor who has spent more than 25 years working in the criminal justice system, Steve is an experienced Boulder criminal defense lawyer who possesses a thorough understanding of the system, and knows how to use the details of your situation to design the most effective defense strategy possible. Steve can ensure that any “evidence” that is irrelevant but potentially damaging is excluded, so that you are not judged based on the prejudices of the jury. For more information and a FREE CASE EVALUATION, contact Steve today at (303)442-2297.