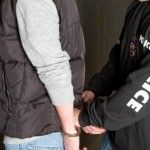 9 News reports that prosecutors plan to file multiple criminal charges against a Longmont man who caused a car accident that resulted in the death of another man. Longmont Police attempted to pull the man over for weaving among lanes. He refused to pull over, and led the police on a chase, which ended when he ran a red light, and struck another car, killing the driver. The man also had two passengers in his own car who were both injured as well. Prosecutors plan to charge the man with 1st degree murder with extreme indifference, vehicular eluding, vehicular homicide, and vehicular manslaughter. If convicted of all counts, the man would likely spend the rest of his life in prison.

Have you been charged with a crime in Colorado? Contact an experienced Denver criminal defense attorney immediately to discuss your options.

Everyone charged with a crime in Colorado is entitled to an aggressive defense, and the presumption of innocence. It is very easy to read about a terrible crime on the newspaper, or see a story on the local news, and decide that the person who did this is terrible and should go to prison. What is important, however, is that being accused of a crime is very different from being guilty of that crime. Everyone makes mistakes, including the police. Sometimes an innocent person is arrested, and sometimes investigators fail to observe the rights that people accused of crimes are guaranteed under the United States Constitution, and federal, state and local laws. One of the most important jobs of a Denver criminal defense attorney is to protect your rights if you are accused of a crime. In fact, the job of a criminal attorney can even begin before a person is arrested, if he or she has reason to believe that the police have a suspicion.

Contact the dedicated Denver criminal defense attorneys at Steven Louth Law Offices immediately if you have been arrested for any crime in Colorado. Whether you have been accused of a crime that you did not commit, and need someone to show that you are innocent, or you have made a terrible mistake and need to protect your rights in order to get the best possible outcome to a terrible situation, Steven Louth can help. Steven has helped numerous Coloradans to protect their constitutional rights, to be vindicated when falsely accused, and to get the most lenient possible penalty when they have made a mistake. Steven and Zachary Louth understand that every person is different, every case is different, and everyone needs and deserves personal attention, and a zealous defense. For more information and a FREE CASE EVALUATION, contact Steven Louth today at (303)442-2297.

<- Previous post: Driving Under The Influence Of Marijuana
Next post: What’s the Difference between a DUI, a DUII and a DWI? ->