Driving Under The Influence Of Marijuana 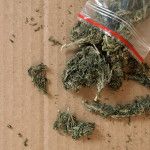 Driving under the influence of marijuana has been a big issue in Colorado recently, especially since the medical marijuana initiative and Amendment 64, a state law that allows possession of a small amount of marijuana by adults aged 21 and over. Additionally, several bills have been introduced in the state legislature that would create a DUI per se for marijuana based on the level of THC in the blood. In other words, a legal limit. So far, these bills have been unsuccessful, and in fact have met with opposition from various sources, not just organizations that one might think of as being pro-marijuana. The problem with these bills is that THC does not dissolve in the blood the way alcohol does, and so some scientists believe that a person might very well have an elevated THC level in their blood, even long after their ability to drive safely has returned.
Have you been arrested for marijuana-related DUI? Contact an experienced Denver DUI defense attorney today to discuss your options.
Because alcohol dissolves in blood, scientists believe that the amount of alcohol in the blood is an indication of the level of impairment. THC, on the other hand, is not so clear cut. There is debate on the subject, but some researchers believe that THC level and impairment are not directly correlated. For this reason, it is quite possible that a person who regularly uses marijuana either medicinally or recreationally, may be at risk of being arrested for DUI any time they drive, even while they are not impaired. Regardless of whether the state does eventually pass a legal limit for THC, driving under the influence of marijuana is now, as it has always been, a crime. However, because there is no DUI per se law, these arrests rely on other methods of determining impairment.

Contact Denver DUI defense attorney Steven Louth immediately if you have been arrested for a marijuana-related DUI. While the charge is essentially the same whether you are accused of drinking or using marijuana or other drugs, the methods used to prosecute the charges may differ. For this reason, you need a Colorado DUI defense attorney who understands the methods of prosecutors, and knows specifically how to defend against a DUI charge that stems from marijuana use. Steven Louth is a former Boulder County prosecutor who knows how prosecutors assemble cases, and can design the best possible defense for you. For more information and a FREE CASE EVALUATION contact Steven Louth Law Offices today at (303)442-2297.