Man Driving Under the Influence Left Scene of Crime 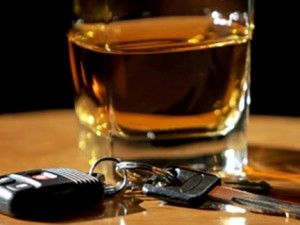 In Boulder the Boulder District Court is holding a man accountable for a DUI according to The Daily Camera. The man is being accused of driving his Dodge Durango into a Pontiac Grand Prix under the influence. The crashed cause him to badly injure a pregnant woman. The woman lost her baby in the accident. Her mother was a passenger in the accident and was badly injured as well. The man continued driving leaving the scene of the crash.

Have you made a terrible mistake and are now facing criminal charges? Contact a Boulder criminal defense attorney.

Drunk drivers are a danger to the road and can cause lots of serious car accidents. There are many signs that can help a driver spot a drunk driver:

Mothers Against Drunk Driving reports that every 52 minutes someone dies in a drunk driving accident. They also report that every 90 seconds someone is injured in a drunk driving crash. MADD reports that 1 out of every 2,000 trips a driver is driving under the influence. They also state that 1 out of every 3 accidents that involves alcohol is fatal.

In Colorado, Boulder was one of the top ten counties for DUI offenses in 2011 according to Colorado Department of Transportation over 1,000 citizens were charged with a DUI. Denver had over 3,000 individuals charged with DUI's, This is surprising because Boulder has a significantly lower population than the city of Denver.

If you are facing criminal charges and being treated unfairly by the judicial system it is important to turn to a Boulder criminal defense attorney who will be on your side. Often times it is hard to get your story heard and can be frustrating. Contact an attorney who will listen to you and help walk you through the judicial system. Representing yourself in court can be a very hard scary thing. It can also hurt you in the long run. Spending the time and money on an experienced defense lawyer now can help you get the most lenient charges possible. A judicial system is full of people who don't know you and it can be very confusing. You need to appear a certain amount of times in front of a court. Don't wait until the last minute. Your attorney will need time to investigate and figure out an angle for your defense. Call today for a Free Case Consultation at (303) 442-2297.