Getting Arrested for Road Rage in Boulder 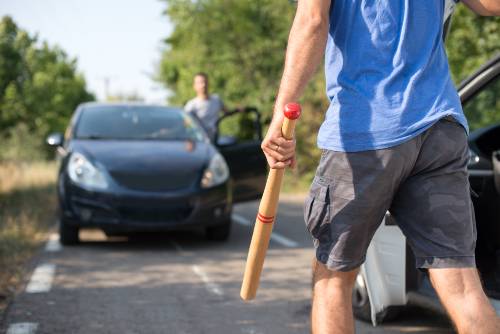 Boulder streets and freeways are often congested and snarled with traffic, especially during rush hour. While sitting in traffic is never fun for anyone, some people have a harder time. Anger while commuting can boil over and turn deadly. Road rage in Boulder is serious and can result in tragic and fatal accidents. Suspects who are arrested after a road rage incident can face numerous charges. Some of those charges could include assault, reckless driving and even vehicular manslaughter.

Consider this most recent road rage case. In Longmont a man was accused of hitting another man with his truck during a road-rage incident in Boulder. He faced multiple charges, including first-degree assault with a deadly weapon, second-degree assault with a deadly weapon and criminal mischief. Eyewitnesses said that the two men were involved in a minor accident. During an altercation, the Longmont man rammed his truck into the other man, injuring him. His trial will start in June.

This is just one of many road rage incidents that occur in Boulder every single year. Road rage is serious and not taken lightly by law enforcement and prosecutors. If you are involved in a road rage incident, you could face severe felony charges and significant time in prison. As such, you need an experienced and skilled Boulder criminal defense lawyer on your side. If you have been charged after a road rage incident, call the dedicated lawyers at Steven Louth Law Offices for help immediately.

Road rage is not a legal term. It is a term used to describe a variety of unsafe and dangerous driving behaviors and feelings. It is uncontrolled anger at the actions of other drivers. When those feelings boil over, they can lead to aggressive and violent behavior behind the wheel. Some of those driving behaviors include:

Unfortunately, road rage cases are not always taken seriously by drivers and their families. They may not believe these charges are grave as they truly are. In many cases, they can result in felony convictions and time in jail.

As such, it is important to address these charges quickly and mount a swift and aggressive defense. No matter how serious or minor your driving charges may be, you deserve to fight them. Let the criminal defense lawyers at Steven Louth Law Offices help you through this difficult time. It is imperative to begin building your defense as soon as you are arrested. Your lawyer will need to take proactive steps to mitigate the consequences after a road rage incident.

If you are facing criminal charges after a road rage incident, it’s important to contact an experienced attorney right away. You have a right to legal representation during this time. Boulder criminal defense lawyer, Steven Louth has an exceptional understanding of criminal law and will fight to protect your rights. Call his law office today at 303-442-2297 or fill out the contact form on this page to schedule a free consultation. You have legal rights during this time. Steven Louth will help you protect them.