Sexting can Lead to Criminal Charges 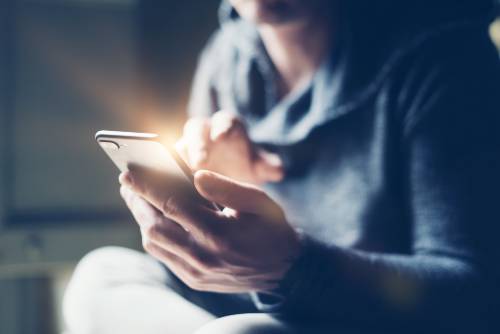 Although flirtations and pushing sexual boundaries is generally considered a normal part of growing up for teens, it can result in more than just embarrassment. Many teens—as well as their parents—are unaware that sexting can lead to criminal charges. A young person can be arrested and charged with a felony for taking a photo or video of themselves in a sexually explicit situation, then sending it on their smartphone or computer to others.

In the State of Colorado, there is not a specific “sexting” law. As such, anyone over the age of 17 that possesses or controls any sexual material that depicts a minor under the age of 18 simulating sexual conduct, could be charged with a serious felony offense, such as sexual exploitation of a child.

This includes any photo that shows the genitals of a minor. So when an 18-year-old boy is sent nude pictures of his 16-year-old girlfriend, he could be arrested and charged with a felony sexual offense.

Penalties and Consequences for Sexting

If your child has been arrested and charged with possessing matter depicting a minor engaged in sexual conduct, he or she could face serious penalties and consequences.

They could be charged with the sexual exploitation of a child in Colorado, if they possess or control any sexual image of a minor, or distribute that image to friends or others.

Depending on the circumstances of the crime, sexual exploitation of a child in the state of Colorado is either a Class 3, 4, or 6 felony offense. (Colorado Revised Statutes Annotated § 18-6-403.)

Depending on whether a teenager is 18 or older, he or she can be charged with a sexting-related crime as either an adult or juvenile:

is proud to have attorneys who dedicate their practice exclusively to criminal defense. Steven Louth began his career serving as a Deputy District Attorney for eight years. He left the DA’s office to start his private practice.

Mr. Louth has over 25 years practicing criminal law and understands not just how to defend a case, but how to prosecute one too. He uses his experience and knowledge of the criminal justice system to help his clients move on with the least amount of damage from an arrest or investigation.

He is a trial attorney who feels most comfortable advocating his clients case in front of a jury. If you need a criminal defense attorney, contact Steven Louth Law Offices for a free consultation. We will explain your charges and the possible penalties, and where we see your case headed.

<- Previous post: ‘Powder Puff Bandit’ Arrested by Police in Aurora
Next post: Getting Arrested for Road Rage in Boulder ->