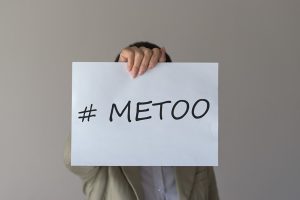 The #MeToo movement originated on social media and has since brought down dozens of powerful men who have been accused of rape, sexual assault, and sexual harassment. Since then, more cases of sexual assault have been filed and investigated than in previous years, as victims become empowered to speak up. These sexual assault cases have occurred in every sector and industry across the country and have highlighted the rampant sexual assault that occurs in our society. Consider these two most recent cases which occurred on airplanes and in public.

A forty-one-year-old California man, Babak Rezapour, was arrested after he allegedly assaulted a 22-year-old woman on a long flight from London to Seattle. The young woman says she took an anti-anxiety drug, drank a glass of wine, then went to sleep.  When she awoke, Rezapour was squeezing her breast beneath her bra, and touching her vagina under a jacket. Flight attendants reseated the young woman after she reported the assault. Rezapour denied the allegations of sexual assault, however his DNA was found in the young woman’s underwear.

Anchorage man, thirty-seven-year-old Nicholas Stevens was charged with the sexual assault of a 22-year-old woman during a flight from Anchorage to Seattle. The woman was seated by the window, when Stevens moved from his aisle seat to the middle seat to aggressively push his attention on her. Stevens allegedly grabbed the woman’s breast repeatedly and stroked her thighs. The young woman repeatedly asked Stevens to stop, even pushing him away on multiple occasions. Two other passengers witnessed the assault, noting the young woman was visibly shaking by the time the plane landed in Seattle.

After arresting and charging two men with sexually assaulting two different female passengers, both the U.S. Attorney and the FBI have declared that these behaviors will no longer be tolerated. One of the men was arrested in his home state of Alaska, and the second, a resident of Van Nuys, CA, was arrested in Los Angeles. U.S. Attorney, Annette Hayes said at a Seattle news conference that the assaults will be aggressively investigated and prosecuted. Hayes went on to say, that victims of assaults who bravely report the crimes to law enforcement and flight crews make the skies safer for everyone.

How Has the #MeToo Movement Affected Criminal Defense?

The #MeToo movement has led to high profile prosecutions of some of the most powerful men in industries across the country. Yet, it has also resulted in some men being falsely accused of crimes they did not commit. As such, criminal defense attorneys are concerned that the #MeToo movement has led to improper or false accusations of sexual assault, which distracts from the real crimes being committed.

While the movement has led to arrests and convictions, it is also now being used by defense lawyers everywhere. In January, a man accused of sex trafficking asked a federal judge for a delay because they couldn’t get an impartial jury while the #MeToo movement was thick in the headlines. In June, a Georgia defense lawyer argued that a pediatrician charged with sexual battery was being railroaded only because of the #MeToo movement. 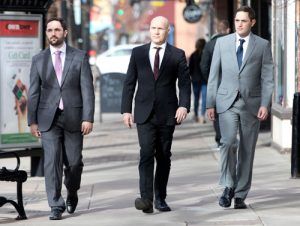 As the #MeToo movement continues to grab headlines across the country, individuals accused of sexual assault face a harder battle in courts. As such, if you’ve been accused of sexual assault, you need a criminal defense lawyer on your side from the very start. Contact the Boulder criminal defense lawyers at Steven Louth Law Offices today for a free consultation and review of your case. Call us at (303) 422-2297 to start building a solid defense against these serious criminal charges.