Was a 2014 Police Pursuit a Violation of Constitutional Rights? 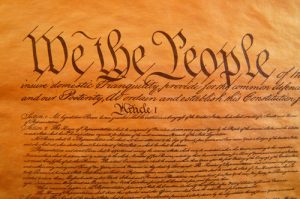 In 2014,  a University of Colorado student was shot in a standoff on University Hill with Boulder police. Coleman Steward was accused of wielding a BB gun during an incident that resulted in police opening fire on the young man. In 2015, he was convicted of four counts of felony menacing and obstructing a police officer. The Colorado Court of Appeals reversed this conviction, citing multiple judicial errors in the initial trial. He was scheduled for a retrial in January, but now, he is asking that the charges against him be dismissed. His reason? He believes that the officers’ pursuit was a violation of constitutional rights meant to protect against arbitrary arrests.

According to Boulder Police, Stewart got into an altercation with a taxi driver and the driver called police officers when Stewart attempted to flee without paying him. Officers later testified that Stewart pointed a gun out a window at them before they fired shots at him. Stewart’s criminal defense team argued differently. They said that a crime scene consultant concluded that there was no way the officers could’ve seen a gun out of the window when they fired. In addition, the officers should not have been physically present on the porch without a warrant. For now, Stewart remains out of custody and on probation.

Further Reading: Sexual Assault and Harassment Charges on the Rise in the #MeToo Era

The police can arrest you without a warrant, however, if they:

If you’ve been arrested and charged with a crime, it is important to understand your rights. If you believe that your rights have been violated, it is important to speak to an experienced and skilled Boulder criminal defense lawyer immediately. Contact the Boulder criminal defense lawyers at Steven Louth Law Offices today for a free consultation and review of your case. Call us at (303) 422-2297 to start building a solid defense against these serious criminal charges.

<- Previous post: Sexual Assault and Harassment Charges on the Rise in the #MeToo Era
Next post: Police Investigating After Women Report Being Drugged at Parties ->