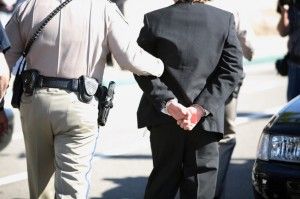 The Daily Camera reported that the DA is charging a drunk driver with vehicular homicide. The Texas driver was under the influence of alcohol when he drove his truck down the wrong way of the Diagonal Highway. The report indicated that the Texas driver was driving a rented car, head northbound on a southbound highway when he hit a young couple. The Texas driver admitted to having a “few” drinks at Old Chicago's and then going out on Pearl Street and closing down the bars. The driver got lost trying to find his hotel and crashed into the young couple near 55th Street on the Diagonal Highway. The young woman was transported to the hospital and treated for internal bleeding and later released. The young man is in a coma and is not expected to wake up from.

Have you made a terrible mistake and are now facing criminal charges? Don't face them alone hire a Boulder criminal defense lawyer.

Drinking and driving is a big problem in our society. Mothers Against Drunk Driving reported on what a big problem it is. On average, every 53 minutes someone dies in drunk driving accident. Drunk drivers are more likely to survive an accident but, much more likely to be involved in an accident that has a fatality. About one-third of drunk driving accidents are caused by individuals who have previous problems with drinking and driving and are repeat offenders. More than 50% of drivers who have had their licenses revoked for drinking and driving incidences are still driving without a license. In Colorado there were over 130 drinking and driving fatalities. Out of 51 states that were surveyed Colorado ranked 19th in the nation. This means that as a state Colorado has a long way to go to not be in the top 20 worst states for drunk driving. According to data from Mothers Against Drunk Driving 1 in every 3 traffic fatalities are due to drunk driving. Over 10,200 people died in alcohol impaired crashes in 2010. This is lower than 2009 and 2008. Over 32,000 people have died in alcohol related crashes from 2008 to 2011. California, Texas and Florida are the highest ranked states for alcohol crashes resulting in fatalities. However, Colorado had over 400 deaths in alcohol impaired crashes. In November of 2010 over 174 people died in just that month in the United States. Every minute 52 people loose their lives to a drunk driving accident. MADD recognizes that drunk driving is a serious problem all over the nation.

If you have been charged with a DUI contacting a Boulder criminal defense lawyer it can help you protect your rights as you go through the judicial system. Having a criminal defense lawyer can help ensure that you are not alone in your defense. When going through the legal system it can be a scary process. This is because criminal charges are a very serious thing. Having a record can have a lot of long lasting effects. It can affect your current employment, your housing situation and your ability to get loans or a new job. Not taking a criminal charge seriously can mean that your rights and your defense will suffer. By contacting Steven Louth and Louth Law Offices you are ensuring that you are getting the best possible outcome for your mistake. Call Steven Louth today at (303) 442-2297 for a FREE INITIAL CASE CONSULTATION.