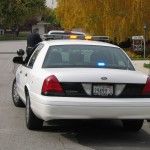 According to the Boulder Daily Camera, a Wyoming woman who was arrested in 2012 for numerous criminal counts, including assault and possession of a controlled substance, pleaded guilty to eluding police and DWAI after leading police on a low-speed chase through Boulder. The 34-year-old woman refused multiple efforts by police to stop her. ON several occasions, she pulled over, but then started driving again when officers approached her car. She drover her van at an officer at one point, and hit a patrol car. She didn’t even stop after having her tires flattened by a stop stick. Eventually, she rolled up onto the lawn of an apartment building, but still refused to cooperate with officers. Of course, this may mean nothing more than that she invoked her right to silence. Police say that they found marijuana and mushrooms in her sock. The woman says that she has used the incident as a reason to stop using drugs, and to clean up her life.

Have you been charged with a crime in Boulder? Contact an experienced Boulder criminal defense attorney immediately to discuss your options.

In many cases, news stories can be very misleading, as journalists present one side or the other of a story. Given that, we don’t really know exactly what happened in this incident, but what we do know is that this woman apparently used a very negative experience to make some positive changes in her life. When anyone is accused of a serious crime, it is extremely important to speak with an experienced Boulder criminal defense attorney to protect your rights. From the moment you either are arrested, or believe that you will be arrested, you need someone with a thorough understanding of the system to advocate fiercely for your rights. Only one person involved in the criminal justice process whose primary concern is your rights: your defense lawyer.