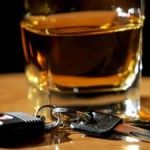 According to CBS Denver, the National Transportation Safety board wants to change the blood alcohol concentration (BAC) that would constitute drunk driving from 0.08% to 0.05%. Those arrested for DUI face stiff fines and jail time, with penalties increasing for repeat offenders. Including legal fees, a DUI can end up costing more than $10,000. With a legal limit of 0.05%, according to the blood alcohol calculator, a 150 pound woman would be over the limit if she drank two beers in an hour. A man who weighs 190 pound would be very close to the legal limit. Of course, the blood alcohol calculator makes generalizations, and every person’s metabolism is different.

Have you been charged with drunk driving? Contact an experienced Denver DUI attorney today to discuss your options.

Each year, over 30,000 people are arrested for DUI in Colorado. While most estimates indicate that the average person who is actually charged with a first DUI has driven drunk on multiple previous occasions, statistics also indicate that a high percentage of people charged with DUIs have been charged at least once before. There is debate about the legal limit, with some people believing that it is currently too low while others believe that it is currently too high. What all of this means is that every DUI case is different, and need to be considered based on its own specific details. It is important to remember that every one of those 30,000 people is entitled to an aggressive criminal defense in their case.

Speak with the dedicated Denver criminal defense attorneys at Steven Louth Law Offices today to discuss your options if you have been charged with DUI. Steve Louth is a former prosecutor who possesses a thorough understanding of how prosecutors assemble cases, and knows how to take the details of your case to design the best possible defense for you. Steven Louth Law Offices has helped countless Coloradans with DUI charges, including both the criminal charges and the administrative proceedings with the DMV. In some cases, evidence is obtained illegally and can be held out of the proceedings. In some cases there can be flaws in the evidence itself. Steven and Zachary Louth fight hard for the legal rights of every client, and are ready to speak with you. For more information and a FREE CASE EVALUATION, contact Steven Louth Law Offices today by calling (303)442-2297 or using the contact form on this website.